Bureaucracy destroys initiative. There is little that bureaucrats hate more than innovation, especially innovation that produces better results than the old routines. Improvements always make those at the top of the heap look inept. -Frank Herbert 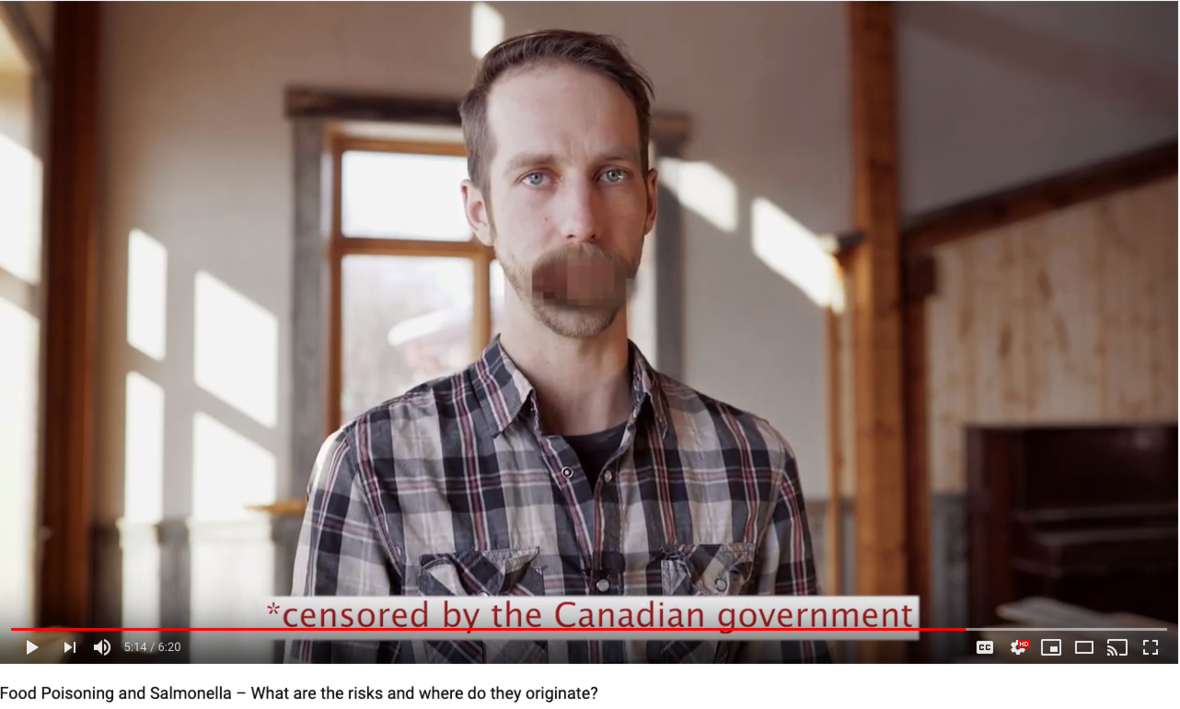 A couple weeks have passed, and I guess I’m not over my hatred of bureaucracy yet. I’ve got a story for you to reinforce my point that’s brought to you by the Government of Canada by the authority of the Canadian Food Inspection Agency.

I was just minding my own business, farming away, when “CFIA” shows up on my call display. It’s always a good time when the CFIA gets involved so I asked the fellow what was up. He told me that there were some serious concerns about the claims I had made in one of my YouTube videos about grass-fed beef. He said that making the claim that grass-fed beef doesn’t carry the same foodborne illness risks that grain-fed beef does is barely legal. He went on to tell me that when I got really specific and said that Harvest Haven beef won’t give you food poisoning, I was breaking the law.

Evidently, it’s categorically illegal to publicly declare that you have a safe, simple, and healthy alternative to the criminally dangerous farming and processing methods that have become the norm. Just think about that.

If you have a solution to a problem, shouldn’t you be allowed to tell people? And let’s look at the hypocrisy.

The industry can tell you that their toxic fecal-saturated, pathogen-contaminated beef, which is only an ammonia application away from deadly, is safe to consume so long as they don’t promise that you won’t get sick.

But if we go out of our way to produce and process clean and wholesome beef, we’re forbidden from telling you that you won’t get sick if you eat our beef.

If somebody came to your house and ate dinner and asked if they were going to get food poisoning, what would you tell them? Would you really say, “Well, it’s not very likely, but I guess it’s always possible?” Give me a break!

If the animals are healthy and the processing is clean, people don’t get sick. But the industry needs to pretend like those mean old germs come from nowhere and kill at random, so they don’t have to take personal responsibility for all the people they’ve killed. It is so evil.

What happened to the good old days when it was up to each individual to decide if they could trust somebody? Now, we have Government censorship and folks who have it in for our business accusing us to the authorities for “false advertising.” Is this how you want your tax dollars used? It’s downright shameful and even morally reprehensible, but oh, so legal.

Let me give you another example of your tax dollars working hard to defend liberty and justice. I’ve pulled an excerpt straight from the CFIA website.

Let me ask you: Is it your position that all eggs are fresh? Can you believe they are seriously suggesting that every egg on planet earth is fresh? It’s just SO stupid. You see, our well-meaning government wants to make sure that the industrial egg suppliers aren’t adding misleading claims to their products. In the meantime, local producers like us are legally forbidden from letting you know that our eggs are fresh.

Go ahead and reread the excerpt. Really soak it in. It’s a running joke on our farm when the kids grab us some eggs straight from the coop for breakfast. We look at each other and say, “Like all eggs, these eggs are fresh,” because after all, anything more than that would be false advertising.

There are pages and pages of this bureaucratic garbage written up in sterile boardrooms by ignorant, stuffy, and boring people. They hate reason and factual deduction. They hate solutions, and they hate LIFE. They certainly cannot imagine a solution that creates life. What’s worse, they’ve forced themselves to believe they’re saving civilization from destruction. It’s a bleak occupation so I tried to be nice to the poor government lackey who’d been assigned to calling me.

I reassured the fellow before he even told me what I did wrong that I had no intention of fighting with him or resisting. He was relieved and hopefully proceeded to suggest that I would just take the whole video down. But I pressed him to let me know precisely which sentences were breaking the law. He narrowed it down to a few seconds of the film, so I promised him I would deal with it promptly.

I also let him know that since it was inevitable that I would accidentally break the law again, that he needn’t hesitate to call me and would find me cooperative.

I’m guessing he was hoping for a more subtle edit to the film, but I thought my solution was practical, efficient, and maybe just a little provocative. Judge for yourself.

I’m loving this. Time to set the record straight for all reasonable creatures, great and small, sensible and incensed.